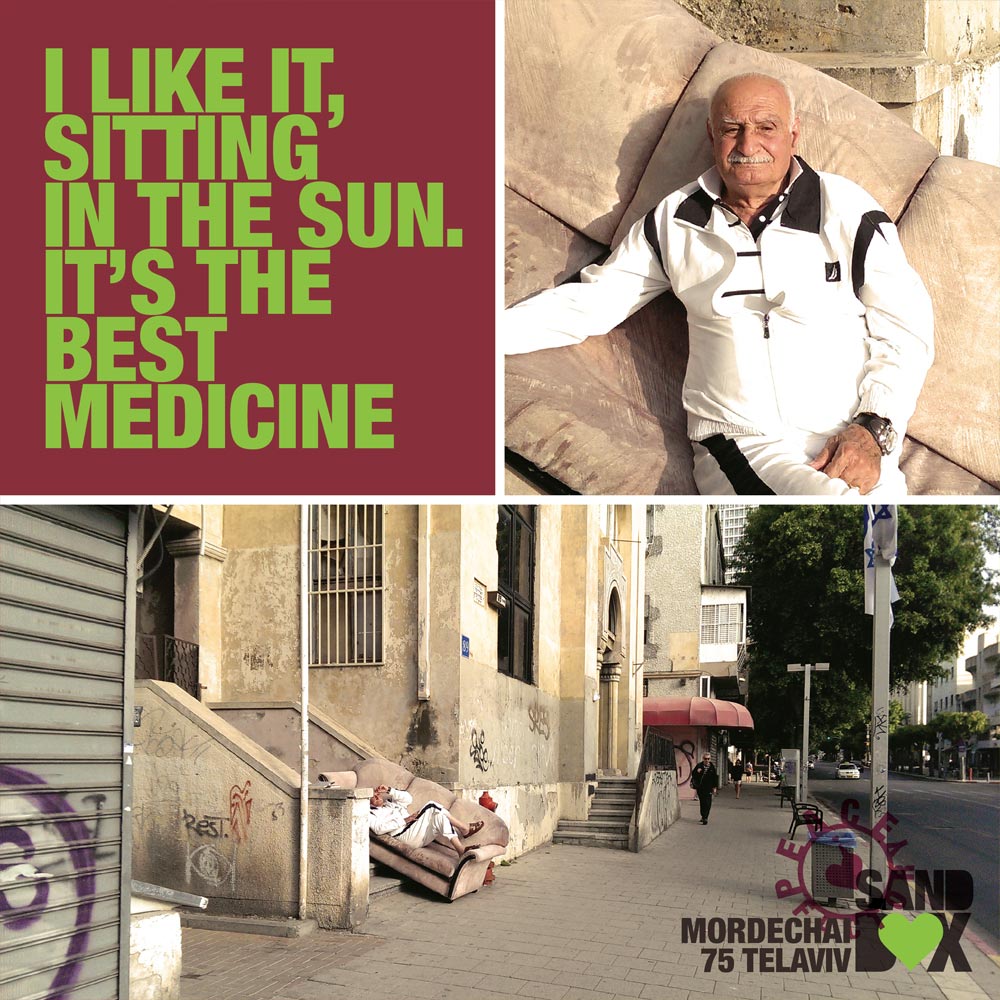 I was born in Mosul, Iraq.
When i was 7 we left. At that time you could just take a plane from Mosul to TelAviv…. now it’s different.
We left everything behind, but the few things we could take with us on the plane.
For a while, we lived in an immigrant camp, in tents, until we moved to TelAviv.
Since then, I live here in the apartment upstairs. I like it, sitting in the sun, in the afternoon. It’s the best medicine.