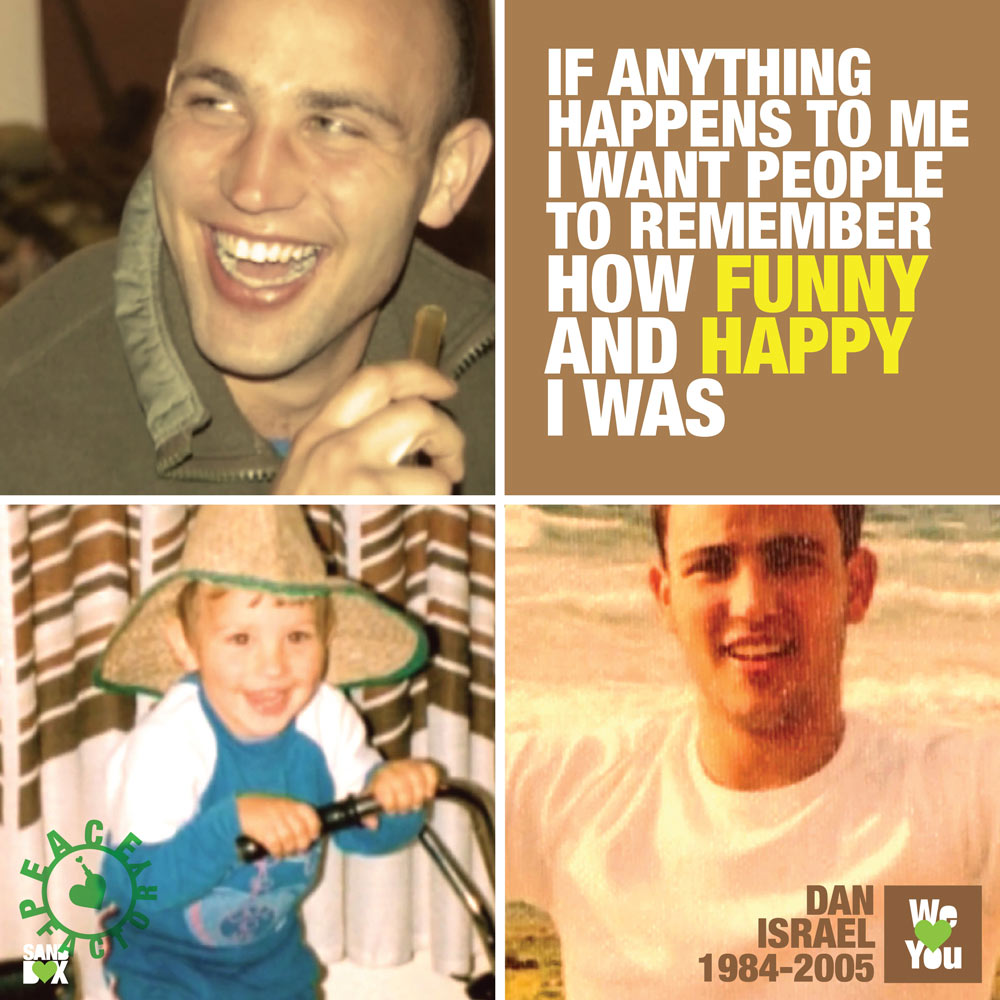 Ten years ago my brother, Dan Talasnikov was killed by terrorists in the North of Tulkarem, in the West Bank.
Dan was a paratrooper, but before it, he loved life, he studied theater, played guitar… and he searched for love.
While writing these lines, I am sitting at Ein Karem hospital, waiting for the birth of my third child

My Heart is today with all grieving families,
may we live to see peace …
-Jan Talasnikov